Recent changes in the association’s administration and focus suggest that ongoing development can best be explained in future issues as they become more defined. The one message to take away here is this: we are not going out of business. We are just changing the direction and the way we operate. 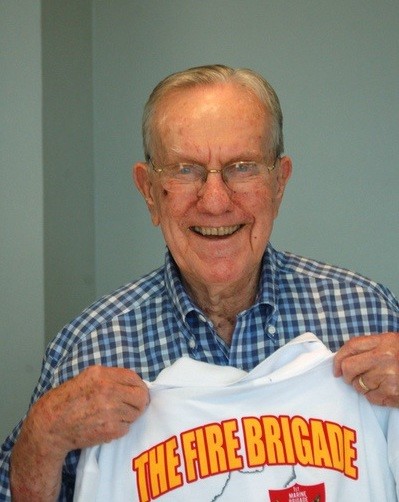 Colonel Wiedhahn enlisted in the Marine Corps in 1948. After boot camp at Parris Island he was transferred to Tsingtao, China, where he served until the country fell to the Communists in 1949.

During the Korean War in 1950, he served with the 5th Marine Regiment, First Marine “Fire” Brigade and the lst Marine Division. He participated in the “Pusan Perimeter,” “Inchon Landing,” “Liberation of Seoul,” and “The Chosin Reservoir” campaigns. He received the Purple Heart medal for wounds received during the war.

Commissioned in 1953, Wiedhahn remained in the Marine Corps for a total of 33 years. In 1968-69 he served in combat in Vietnam with the 3rd Bn, 9th Marines, 3rd Marine Division. For heroic action in “Operation Dewey Canyon” in Viet Nam he was awarded the Silver Star Medal and Legion of Merit with a Combat “V.” He served as Commanding Officer of both the 4th and 9th Marine Regiments in 1978-79.

Colonel Wiedhahn has been married for over fifty years to the former Jane Gidden of Bethesda, Maryland. They have three children, Anne, Susan and James (Jamie), as well as six grandchildren. Jane and Warren live in Annandale, Virginia. 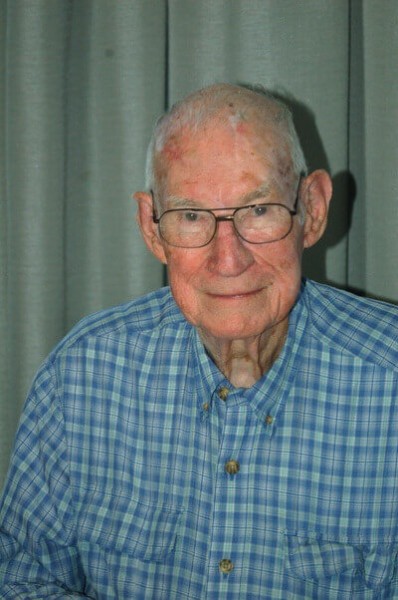 Lee Rux Joined the Marine Corps Reserves on December 9th, 1948 and was called to active duty in August, 1950. In just a few weeks he went from not-combat-ready to combat-ready and was in the first replacement draft. Lee served with Baker-1-7 at the reservoir. On December 8th, 1951, he was released from active duty and reenlisted in the Marine reserves. Lee served with the Recon, Artillery, Engineer Maintenance. Electronic Maintenance, and Rifle Companies during the next 26 years and retired as a 1st Sergeant.

Lee holds an Associate Degree of Arts from San Antonio College. He is also a graduate from the Exchange Managers Professional Development Course, College of Business at Texas A&M University.

Lee is a Life Member of the 1st Marine Division Association where he held offices at the local and national level and is also a Life Member in the Marine Corps League. 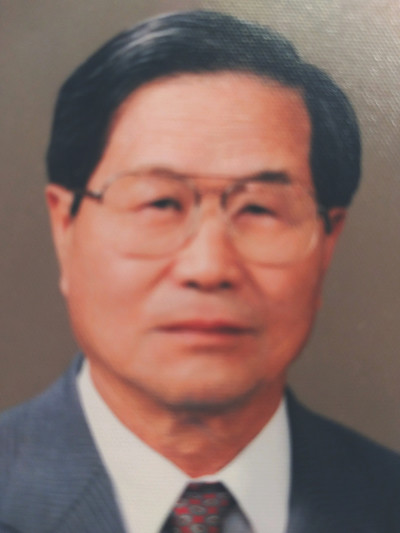 John Y. Lee was born in Korea. Outbreak of the Korean War, he joined the Korean army and was assigned to the US Marines as a liaison officer and interpreter. He served with the First Marine Division throughout the entire period of the Korean War. In the Battle of the Chosin Reservoir, he was with the Division HQs and participated in the defense of Hagaru-ri and subsequent withdraw. For this service, John received the Legion of Merit.

After the war, John studied at Yale Law School and practiced law with various civilian law firms and also was an attorney advisor for the US Forces Command in Korea and the US Justice Department. He is an original member of the Chosin Few, is now retired, and lives with his wife, Gil, in Hernando, Florida. 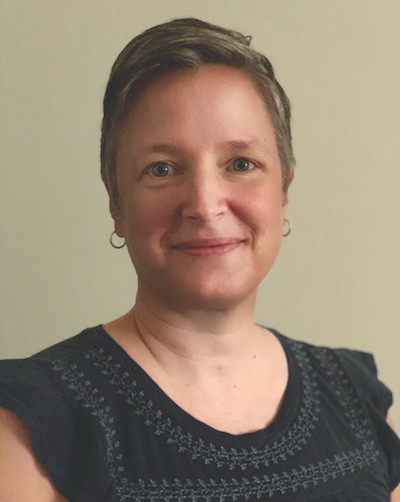 Nancy Weigle is a Legacy Member of the Chosin Few. Her late father, Gerald F. Weigle, Capt. USN (retired), was a Navy Corpsman with the 1st Marine Brigade in the early battles of the Pusan Perimeter at the onset of the war. He was then assigned to the 1st Marine Division, 5th regiment and provided medical support to Marines in the Chosin Reservoir.

Nancy followed her father's footsteps and entered the medical field, obtaining her MD from George Washington University School of Medicine. She completed a family medicine residency program and completed 4 years of service as a National Health Service Corps Scholar through the U.S. Public Health Service.

Nancy is now an Associate Professor in the Department of Family Medicine and Community Health at Duke University. She splits her time between patient care and teaching medical students in the Duke University School of Medicine. She resides in Durham, NC with her husband and 2 children. 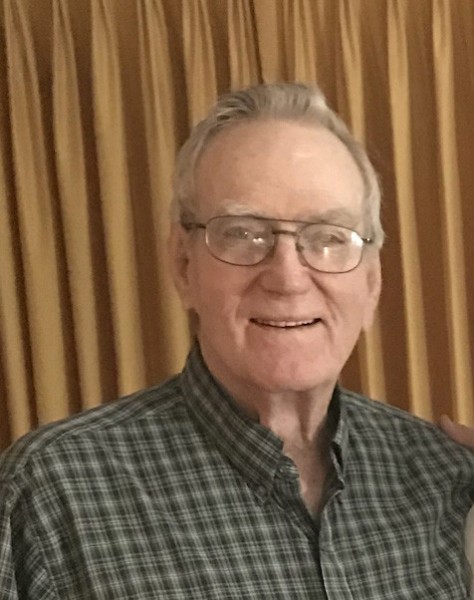 Robert sailed to Korea on July 13, 1950 as part of the "Fire Brigade" (1st Provisional Marine Brigade). His Korean service included The Pusan Perimeter, Inchon Landing, Seoul, Chosin Reservoir and Operation Killer. After returning home, he was transferred to Naval Air Base, Panama Canal Zone and served for two years as guard and security.

Upon being discharged in January, 1954, Robert joined COB Company, 1st Battalion, 23rd Marines, USMCR while attending University of Texas, School of Engineering. He was promoted to 1st Sergeant of the Austin Marine Reserve Unit in 1963.

Robert also formed a manufacturing company in Austin, TX, and managed it for 30 years.

Robert and Irene married in 1957. They have two children, three grandchildren, and three great-grandchildren. Their son and first grandson are also former Marines. The grandson is a recon combat veteran of Iraq and Afghanistan. 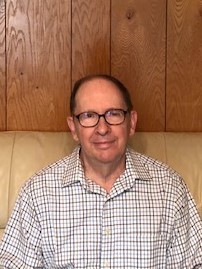 Colonel Tom Fergusson is a Legacy Member of the Chosin Few. He is the maternal grandson of Lieutenant General Edward M. "Ned" Almond, U.S. Army, who commanded the X Corps in Korea (September 1950-June 1951).

Tom began his 30-year Army career after graduating from the U.S. Military Academy at West Point in 1965, retiring in 1995 following a tour in the Office of the Secretary of Defense (OSD).

As a company-grade officer in Vietnam (1966-68), Tom served in an Army aerial surveillance company based at Hue-Phu Bai for 18 months, where he led the intelligence platoon and flew on over 100 reconnaissance missions over Laos and North Vietnam. A few years later, he was assigned to Laos, serving as executive officer of an Army unit providing intelligence support to the U.S. Ambassador to Laos, the CIA Chief of Station, and the Military Attaches (1971-72).

From 1995 to 2017, Tom was employed by several companies involved in national security work for the Department of Defense and the U.S. Intelligence Community. 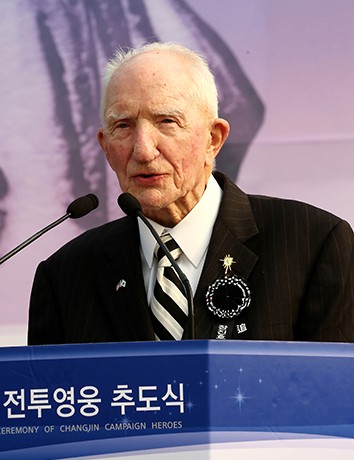 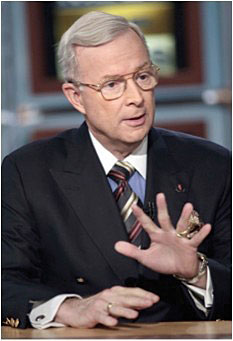 General Wilkerson led the National Association for Uniformed Services (NAUS) - dedicated to protecting the earned benefits of uniformed service members, retirees, veterans, and their families until its closing in 2018.

From 2012-2014 Tom led the Congressional Medal of Honor Foundation, supporting the living Recipients of the Medal of Honor. Prior to that, Tom was a Team Leader in The White House Office of Science & Technology Policy program, “Entrepreneurs in Residence.” That program focused on the FDA processes to approve cutting-edge medical procedures and devices with direct impact on Wounded Warriors.

For eight years previous General Wilkerson served as the CEO/President of the U. S. Naval Institute, one of the oldest professional associations in the United States. Prior to accepting the CEO post in 2003, Wilkerson was executive vice president of a subsidiary to a major publishing conglomerate focused on training first responders. Before that, he was CEO/President of a subsidiary to a Fortune 250 financial-services corporation.

Tom Wilkerson’s military career spanned 31 years from graduation with the U.S. Naval Academy Class of 1967 to service as a Marine Corps Fighter/Attack Aviator, and finally to senior leadership as a Major General of Marines. Along the way he was a U. S. Naval Fighter Weapons School (Top Gun) graduate; exchange pilot with the Royal Air Force; commanding officer of Marine Corps Fighter Attack Squadron 251; and combat veteran of Operation Desert Storm.

In his last active duty assignment – as Commander, Marine Forces Reserve – Wilkerson led the largest command in the Marine Corps, with more than 100,000 Marines at 200 sites around the United States.

Tom is a member of The Society of the Cincinnati, the Council on Foreign Relations, The Sons of the Revolution, the Sons of the American Revolution, and the Descendants of the Colonial Clergy. He and his wife, the former Lynn Reid of San Diego, CA, have two daughters, Jennifer Lynn and Catherine Aileen.