Whatever we were in that frozen long-ago and whatever we are now, we are bound as one for life in an exclusive fraternity of honor. The only way into our ranks is to have paid the dues of duty, sacrifice and valor by being there. The cost of joining, in short, is beyond all earthly wealth.

On the east side of the mountains, U.N. troops advanced north to the Chosin (Changjin) reservoir, some 78 miles of twisting narrow dirt road from the coastal city of Hungnam. There, about 30 miles below the Yalu River, the 1st U.S. Marine Division (Reinforced), two battalions of the U.S. Army 7th Division and a force of British Royal Marine Commandos, comprising about 15,000 men of the Tenth Corps, were surrounded by 150,000 Chinese troops.

Impossible as It May Seem

As impossible as it may seem, the Division managed to fight its way to the sea, bringing its dead, wounded and equipment. In this epic battle, the 15,000 allies suffered 12,000 casualties including more than 3,000 KIA, 6,000 WIA, plus thousands of severe frostbite cases, while the enemy sustained more than 45,000 casualties.

“Survival is probably the strongest of our instincts, and we all just did what we had to do to survive,” said Warren Weidhahn, now 90, who was a young Marine at Chosin Reservoir.

“On one freezing night, embattled Marines watched in awe as a single star appeared through the clouds above their base.” 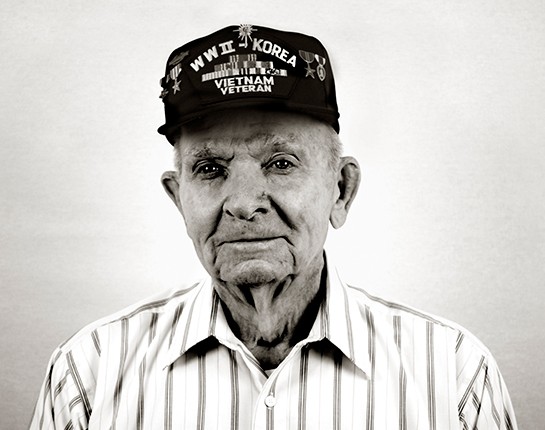 This image gallery, published by PBS American Experience, features some of warriors of The Chosin Few.